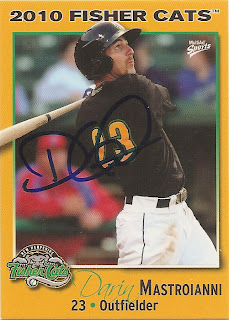 Mastroianni doesn't have the prettiest autograph, but to be fair I'd probably look for ways to shorten my signature too if my name was that long.
Posted by Paul Hadsall at 6:59 AM