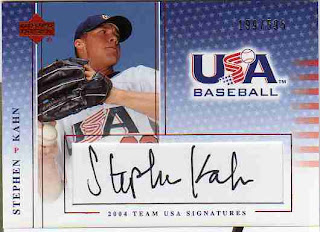 Who is this? Team USA pitcher Stephen Kahn.

What is this? An autograph card from 2005 Upper Deck USA Baseball, card number S-38.

Why is this so special? This is how far behind I am on this site - I already gave this card away in a contest. The scan is still on my hard drive so it's fair game for the blog as far as I'm concerned. The card shop I bought this from would probably be my regular shop if I lived on the East instead of the West side of town. The extra 35 minutes driving (at $3.89 a gallon yet) makes it a once every other month type trip, but it's worth it. Tons of cheap boxes and cheaper single cards. They even have monster boxes of junk commons for 10 to 15 bucks a pop, but I haven't been brave enough to pick one up yet. They have an autogamer binder on the counter with a bunch of cards ranging from a buck to 10 bucks. Each time I go I try to pick out a couple dollar autographs for the heck of it. This is one of the cards I picked out. It looked cool at the time but I guess it wasn't quite cool enough to keep. I think it found a good home at any rate.

I really don't know much about Stephen. He was picked by the Brewers in 2002, but decided to go to college instead. After a couple of seasons at Loyola-Marymount he was drafted by the Mariners. As far as I can tell though, he hasn't pitched since 2006. Nice sig though. The card still looks cool. I've decided I like the cards that embed the sticker auto inside the card like this one and 2008 Topps Moments and Milestones. They kind of seem classier than the ones that slap the sticker on top of the card. So, um, yeah. I just don't have much to say about this card. Maybe it's time for another trip out to the shop for more dollar autos. 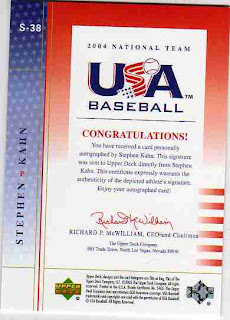 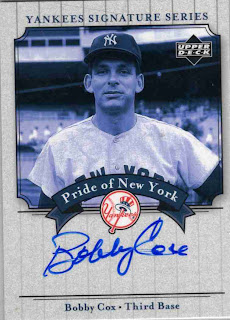 Who is this? Yankee third baseman Bobby Cox, the Pride of New York.

What is this? An autograph card from 2003 Upper Deck Yankee Signature Series, card number PN-CX.

Where'd I get it? Online somewhere.

How much did it cost? It was a bargain at thrice the price.

2280 wins and counting.
15 Division championships.
5 Pennants.
1 world Series Championship.
8 time Sporting News Manager of the Year.
137 ejections without once acting like a complete baby.
Moved Dale Murphy to center field.
Traded for John Smoltz.
Drafted Chipper Jones.
Has been an sports icon in Atlanta longer than anyone except for maybe Hank Aaron and Furman Bisher.

Plus he was the starting third baseman for the 1968 New York Yankees, played alongside Mickey Mantle in his final season and was the 1968 Topps All-Rookie third baseman. 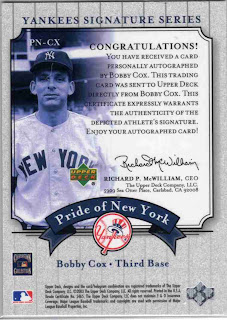 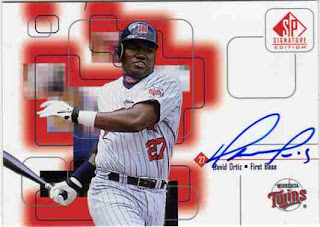 Who is this? Twins first baseman David Ortiz.

What is this? An autograph card from 1999 SP Signature Edition, card number DO.

Where'd I get it? A defunct card shop in Woodstock that I can't remember the name.

Why is this so special? I'm going to manage a post a week at least or die trying... I got this card from a shop that was up on Towne Lake parkway up in Woodstock a few years ago. I want to say it was called Double Play or something , but they closed down and it doesn't really matter. They were something like the 4th or 5th shop down my regular list of places to get cards. It wasn't a bad shop, but then again it wasn't utterly spectacular either. It was a little bit out of the way for my usual travels so I didn't get there all that often. They had some good stuff though and you could usually find something cool and obscure on the clearance table.

One day around 2004 or so I was scrounging through their autograph and game used box looking for something good and cheap. Most of the really nice stuff was in a case and the box was filled mostly with underachieving rookies and marginal players. I can't give you an example of who was in that box because I simply don't remember, they were that nondescript. While looking through the pile of unexciting autogamers this card caught my eye. David Ortiz? The guy on the Red Sox who's hitting homers like crazy? Ortiz was definitely a big step above the other cards in the box. So they put Big Papi in the scrub box and put a five dollar price tag on him. Not only that, but they had two of 'em in there. The only rationale for this I can think of is that either Ortiz had not become a big enough star by that point to get moved up to the case, or that those cards had been in there for a few years and no one had touched them. I quit looking at that point because I knew I had found my bargain. I bought this card and left the second one there for any kindred spirits who also like spelunking through the depths of junk boxes for that one diamond. 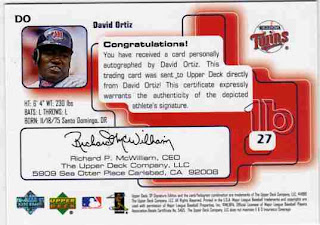 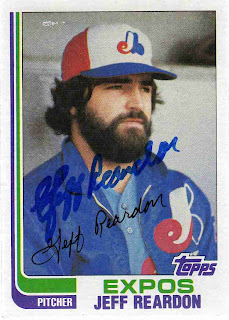 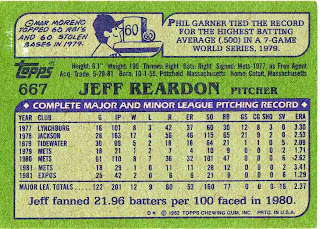 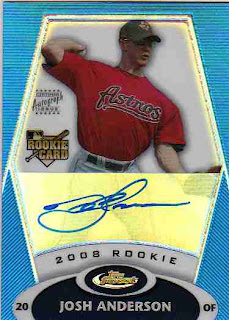 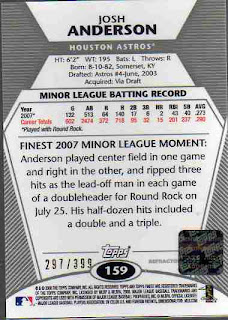 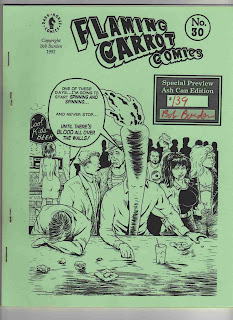 Who is this? The Flaming Carrot.

What is this? An ashcan edition of Flaming Carrot #30 autographed by Bob Burden.

Where'd I get it? Offa eBay.

How much did it cost? I want to say about $12 but it's been a couple years and I forget. More than ten but less than twenty bucks.

Why is this so special? I'm mixing it up for Free Comic Book Day. Hell y'all are just glad I finally posted something! Flaming Carrot is about my favorite comic book ever, it manages to skewer the insipid superhero genre while maintaining a healthy surreal atmosphere full of Zen. Burden lives in Atlanta and is a fellow UGA alum. Flaming Carrot made his debut in Visions Magazine in 1979 and got his own magazine in '81. After a good run in the 80's FC was discontinued until it was relaunched in 2005. Only 5 issues have come out since then, but I've got my fingers crossed for more.

This is a promo copy signed and numbered by Bob. The back of the Ashcan comic has a sketch by Burden as well! This bald fellow with the long nose seems to have the gritty determination of his fellow Iron City denizens. Bob's art is idiosyncratic, but the unpolished feel adds a lot of the charm to the books. Bob Burden is a master at capturing the essence of trashy women with 80's haircuts (don't believe me? check out the covers for issues 7, 10, 13 and especially 20) yet can also express his genius in a more nuanced way. There hasn't been much new FC stuff our since Bob got ill a couple of years ago, but I'm waiting patiently. Get well Bob, I'll be playing some Jarts in the meantime. 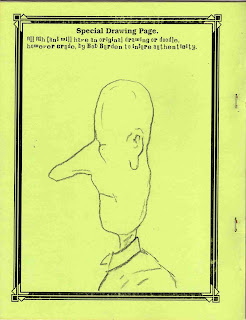