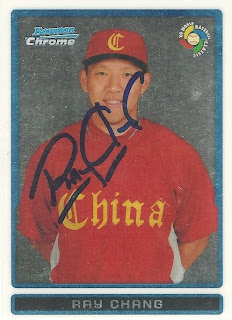 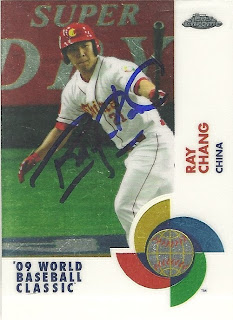 nice post - I am a fan of WBC related cards and postings. Additionally, I always enjoy reading stories about Asian players that we really don't know about.

I had forgotten about Ray. I remember him from the WBC, but I hadn't heard a thing about him since China was eliminated. Nice cards!