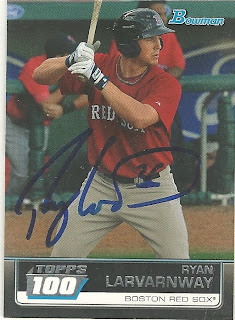 Ryan has a very nice and consistent signature, which shows works well on this card. He is usually a better-than-average signer before and after games, and definately worth trying to get if he returns to Triple-A to begin the 2012 season.
Posted by George at 11:13 AM