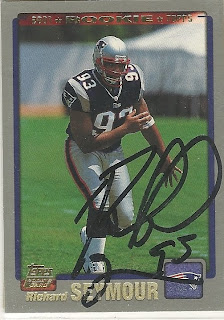 I find it interesting that Seymour seemed to sign all of the cards off-center and to the right side of the card. While the signature still looks nice, it does appear to be a bit smushed into the corner.
Posted by George at 8:49 PM