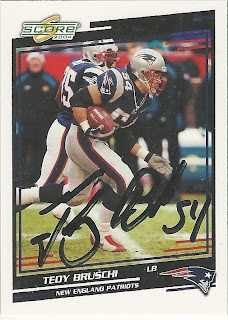 Bruschi is, and should remain, one of the most beloved players in the history of the New England Patriots. This card and signature look nice, and captures the essence of who Bruschi was as a player.
Posted by George at 9:09 AM